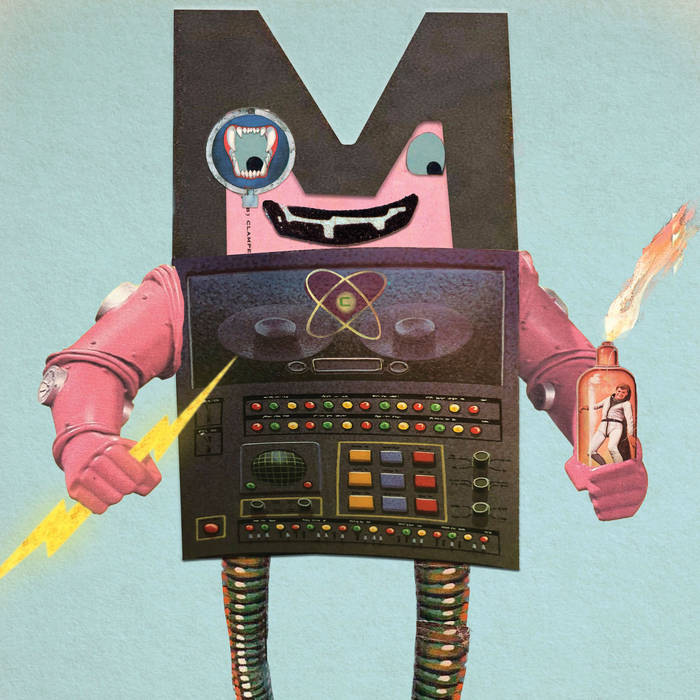 Like its gymnastically explosive guitar rock songs and lyrical spins, Ultimate Fakebook in its two-and-a-half decades and five albums have leapt through a series of white-hot moments that, when experienced as whole, come off as undeniably well-plotted. That they're back now with their fifth full-length, "The Preserving Machine," feels preordained. The album, which comes out via Sonic Ritual in April, eloquently conveys both the celebratory nature of making loud, smart, hook-heavy songs, as well as the daily challenges of living during a time when so much seems at
stake.

Ultimate Fakebook was born as a trio in Manhattan, Kansas through a mutual love for Guided by Voices, Cheap Trick and the Replacements
during the fertile post-grunge, pre-emo mid-1990s. Founding members Bill McShane (guitar, vocals) and Nick Colby (bass), along with longtime
drummer Eric Melin, created three acclaimed albums over a six-year period starting in 1997 (including 2000's "This Will Be Laughing Week" for 550/Epic Records). Along the way, the band sharpened its sound and ideals during tours with artists including At the Drive In, Fallout Boy, Motion City Soundtrack, Nada Surf and the Get Up Kids. They broke up in 2004 but never lost touch, reuniting every now and then for a sporadic benefit concert or live show. In 2019, pop-punk legends the Descendents invited UFB on a Midwest run of dates.

To say those gigs went well is an understatement. As exhibited on "The Preserving Machine," all that mileage, all those semi-regular jerks and
jolts, sound precisely planned. Produced by McShane with Melin and The Stereo's Jamie Woolford, the album was recorded by McShane with help from longtime producer and Kansas legend Ed Rose (Touche Amore, The Appleseed Cast) and Steve Squire. "I’m 45 and still alive -- what can I say?," wonders McShane during "My Music Industry," a song that's both an indictment of a dying business
and a smart-assed ode to Bandcamp: "My industry's on fire," he sings. Another track, "Manhattan KS," sells the band's hometown one local
reference at a time. On the wildly catchy "After Hours at Melin's," UFB documents a night at drummer (and 2013 World Air Guitar Champion) Eric Melin's place. McShane joyously sings about lessons learned during drunken binge-watches and listening sessions with their bandmate, who in 2007 competed in VH1's "World Series of Pop Culture."

Just because a band splits doesn't mean the muse quits. Across these songs, McShane's as sharp as he is observant. With him, Colby and
Melin unite punk rock, power pop, post-punk, and emo with a seamless ease, each of the 11 tracks lock into a structure through a combination
of sweat and divinity. One listen will hook you. By the third listen, you'll be consumed.

Sonic Ritual Recordings is an independent record label founded in 2019 by veteran music supervisor Toddrick Spalding. Inspired by his heroes at labels like Dischord, Drag City, Sub Pop and Slampt, Sonic Ritual is attempting to build a community of like minded rad artists and composers across genre to unFTW and support art. Hashtag Good people, rad music. ... more

Bandcamp Daily  your guide to the world of Bandcamp

Featuring Gary Bartz, 5 years of Rhythm Section Intl and an LP of the week by Nicolas Jaar